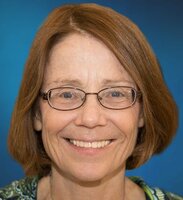 Bonita F. Stanton, M.D., a pediatrician who saved lives in the developing world before returning to the United States as a visionary medical educator at leading institutions and served as the founding dean of Hackensack Meridian School of Medicine in New Jersey, passed away Wednesday, January 19, 2022 after a sudden and unexpected illness. She was 70.

Dr. Stanton was known for her pioneering work in impoverished corners of the globe, where her research and care improved and saved countless lives. A prolific author and researcher, Dr. Stanton taught for decades in leading medical schools across the country and helped create the innovative curriculum at one of the nation's newest medical institutions, Hackensack Meridian School of Medicine based in Nutley, New Jersey.

Dr. Stanton launched her career in a disease-ridden and disadvantaged part of the world. For five years, Dr. Stanton lived in Dhaka, Bangladesh, conducting research and treating the poor. Her groundbreaking research addressed the prevention and treatment of diarrheal diseases in the urban slums of the city, where drinking clean water, as well as maintaining a healthy life, was a near impossibility. When the World Bank learned of the research, they asked Dr. Stanton to continue the work as part of a new approach to economic development in severely impoverished nations with a major focus on maternal-child health and education. It was the first time the World Bank had collaborated in a financial support program with other nations and donors, including USAID. It blazed new trails in global wellness.

The experience launched Dr. Stanton's dedication to community-based behavioral research and creating more equity in healthcare delivery, a passion that defined her career.

She made major research contributions toward global HIV prevention and was continuously funded by the National Institutes of Health (NIH) as a Principal Investigator from 1991 to 2016. She authored more than 350 peer-reviewed manuscripts and served as an editor of several textbooks, including Nelson's Textbook of Pediatrics. She was the consulting editor for "Pediatric Clinics of North America," and was a member of the editorial board of Clinical Keys. She served on countless study sections for the NIH and Centers for Diseases Control and Prevention, and served on numerous boards, task forces, and professional organizations.

In academia, she brought her lessons from the developing world back to the United States as she served on the faculty of University of Maryland, West Virginia University, and Wayne State University (Detroit, Michigan). In 2016, she distilled all her experiences and insights into a career-defining new role: creating a new medical school with a mission to fundamentally change health care. The U.S. could improve outcomes and lower costs by focusing more on the social determinants of health, issues such as safe housing and access to healthy food, which play a major role in health outcomes. The lessons from Dhaka, where mothers had struggled to keep their children hydrated with clean water, directly informed the mission of the new school, the Hackensack Meridian School of Medicine, as Dr. Stanton recently recalled.

"This (Dhaka) experience is fundamental to our vision for the School of Medicine and has driven my whole career since that point," she said. "It is a great opportunity to start a new medical school in collaboration with a health care system in order to create a partnership that is really going to change health care outcomes for the populations they jointly serve."

In six short years, the School has blazed new trails in medical education. Dr. Stanton's leadership inspired the school's Vision and Mission, assembled a remarkable leadership team, partnered in the development of HMSOM's governance, secured accreditation from five separate institutions, established the school as an independent Institution of Higher Education, and pivoted the institution through a pandemic. She relished the opportunity, delighted in welcoming the first class in 2018, and proudly sent 18 of its members to graduate this past June to enter residencies across the Hackensack Meridian Health network.

Bonita Frances Stanton was born in 1951 at Yale New Haven Hospital in Connecticut, the second of 3 children to Ernest and Vivian (Brennan) Stanton. Her father was a pharmaceutical representative for ER Squibb and her mother was an educator and psychologist.

She spent her early years in North Haven, Connecticut, with summers on an island off the coast of Branford where she fostered a love of wildlife and nature.

Dr. Stanton attended North Haven High School and was a graduate of Wellesley College. She earned her medical degree from Yale Medical School where she was elected to the AOA, the medical school honor society. She was married to John D. Clemens, M.D. for 30 years.

Along with her remarkable professional accomplishments she authored 2 children's books, one that was distributed to new parents at the Children's Hospital of Michigan. She had boundless energy and the enthusiasm of a child as she raced up mountains in Maine, swam in coves in Long Island Sound and ran a half marathon just 2 months ago. And she knew how to laugh.

She is deeply mourned by her family and all who knew her across the world. She is survived by her daughters, Margaret Clemens and Rebecca and son-in-law Dustin Bouverette; her precious grandchildren, Hunter, Griffin and Ainsley Mikel, Abigail Bouverette and a grandson due in May. She is also survived by her sister, Pamela Albertsen (Peter), her brother, Kim Stanton (Pamela) and many nieces and nephews who will always remember their "Aunt Bonnie". Her life was filled with love.

Funeral arrangements were provided by Codey Funeral Home of Caldwell, NJ and were private. At the request of the family, a memorial service will be held at the Hackensack Meridian School of Medicine in the future. In lieu of flowers, the family has requested that donations be made to the Bonita F. Stanton, M.D. Scholarship Fund.