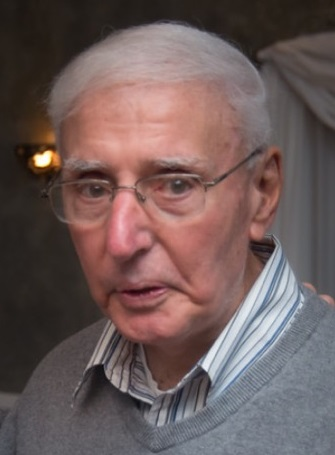 Please share a memory of John to include in a keepsake book for family and friends.
View Tribute Book
With heavy hearts the family of John Joseph Molisso, Sr. a lifelong resident of West Caldwell, New Jersey announce his passing on Friday, June 14, 2019 after a good and faithful fight with Parkinson's. He was 87 years old. John was born at home in West Caldwell to Antonio and Anna (Gaeto) Molisso where he grew up with his eight brothers and sisters. He attended the Caldwell / West Caldwell schools and graduated from Grover Cleveland High School. Mr. Molisso served in the US Army during the Korean War until his honorable discharge in 1954. He was a corrections officer at the Essex County Jail in North Caldwell for many years until his retirement. John and his wife, Betsy, were active members of the United Methodist Church of Caldwell. John also belonged to the Roseland VFW, Post 2619. John was a true gentleman who enjoyed his family, friends, neighbors, community, home and his hometown of West Caldwell. Surviving are his beloved wife, Betsy (Krouse) Molisso; devoted son, John J. Molisso, Jr.; loving sisters, Ann O'Malley and Mae Craig; cherished grandchildren, Anthony & Megan Molisso; Betsy's children, Gloria Cox, Gail, Gary, and Glenn Barresse and grandchildren, Sam & Emma Cox, Rebecca & Madeline Firkser, Morgan & Adam Barresse, Abigail & Aiden Barresse. Relatives and friends are invited to visit with the family at the Codey & Jones Funeral Home, 54 Roseland Avenue, Caldwell, NJ 07006 on Tuesday, June 18th from 5-8 pm. A Service of Remembrance will be held at the United Methodist Church of Caldwell, 8 Academy Road, Caldwell, New Jersey 07006 on Wednesday, June 19th at 11:00 am. The interment is private at the convenience of the family. In lieu of flowers, donations in John's memory to the Parkinson's Association would be appreciated.
Tuesday
18
June

Share Your Memory of
John
Upload Your Memory View All Memories
Be the first to upload a memory!
Share A Memory
Send Flowers
Plant a Tree