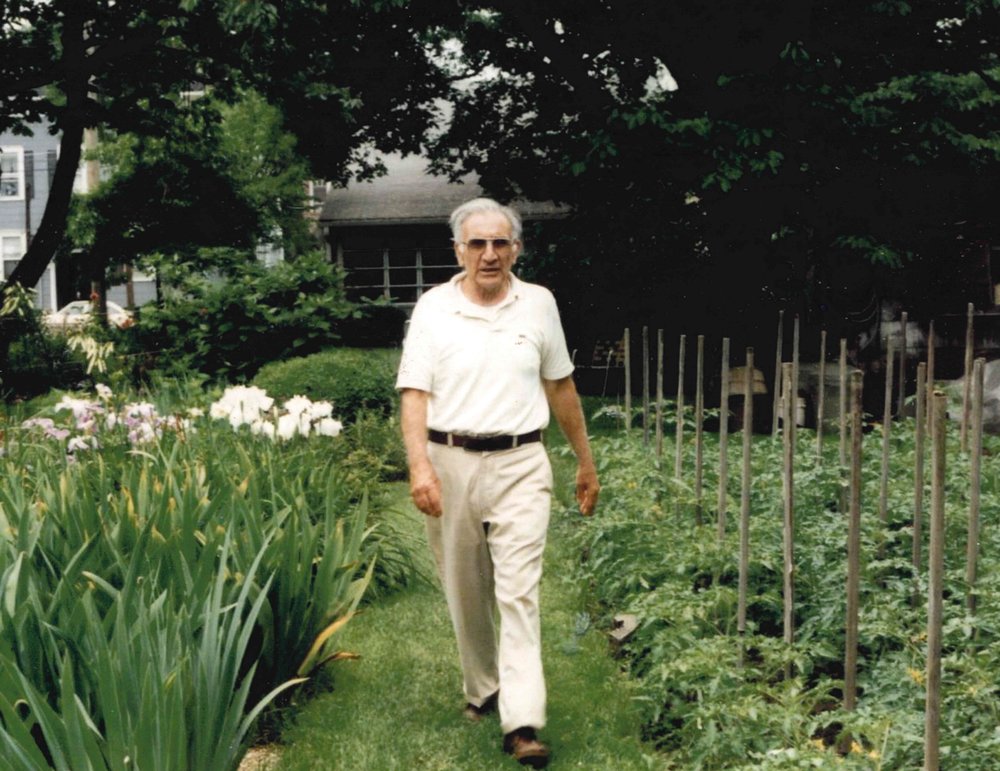 Tom was born at home in Caldwell to Louis and Rosaria (Pirrello) Calandra, where he was raised with his brother and three sisters.  He attended Lincoln Elementary School and Grover Cleveland High School.

Tom proudly served as an aircraft mechanic with a rank of Sergeant in the United States Army Air Corp during World War II in India, China and Burma.

He worked in the construction business as a mason for the Bricklayers Union in Fairfield, NJ for over forty years.  Tom had a true talent for construction.  He helped many family members and friends build and improve their homes over the course of his life.

Tom was a life-long parishioner of St. Aloysius Church, a member of the original Knights of Columbus, the Holy Name Society and the original Maria SS Della Lavina Society.  His greatest passion was growing his famous tomatoes at the family vegetable garden on Kirkwood Place.  Tom also enjoyed fishing and crabbing, particularly with his nieces and nephews down at the Jersey Shore.

He was predeceased by his parents, Louis and Rosaria Calandra; sisters, Rose Calandra and Anne Emmanuelle, brother, Anthony Calandra and sister-in-law, Rose June.

Tom was a mentor, a role model and a foundation to his entire family who lovingly referred to him as “Unk”.  He would have turned 102 years old on June 25th.

In lieu of flowers, donations can be made to St. Jude Children’s Research Hospital (www.stjude.org) in memory of Tom.

Share Your Memory of
Thomas
Upload Your Memory View All Memories
Be the first to upload a memory!
Share A Memory