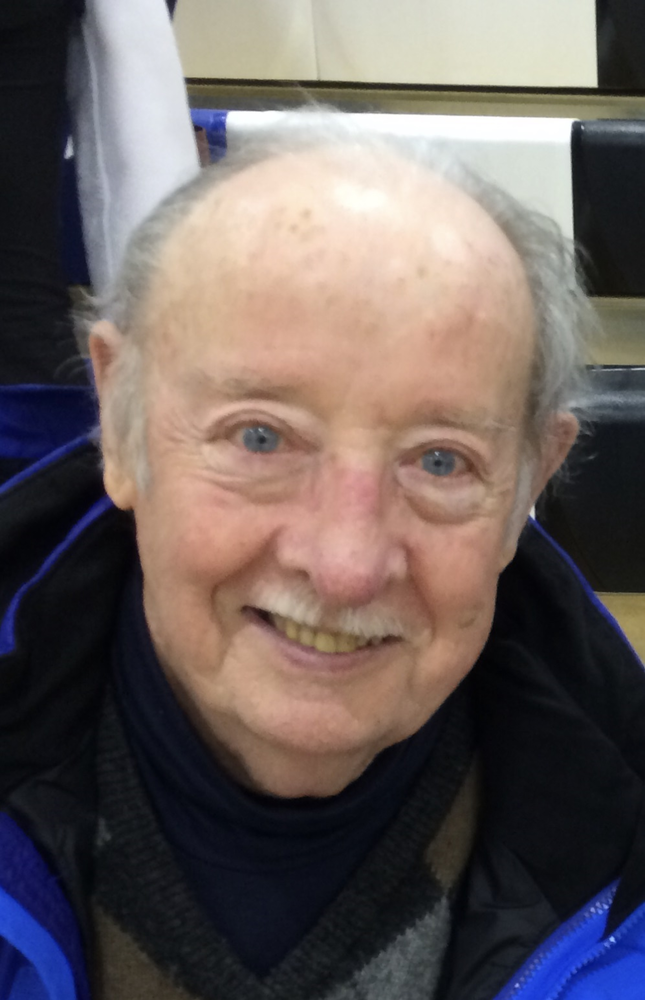 Francis J. "Frank" Coyne of West Caldwell, NJ, joined the church triumphant on Friday, December 13, 2019. He loved to make everyone feel special and unique about themselves.

Born in Dawros Beg, County Galway, Ireland to Thomas and Kate (Joyce) Coyne, he served in the US Marine Corps active duty and in the reserves. While in service, he attended college. Upon his return to New Jersey he began a career as an operating engineer with I.U.O.E. Local 68, West Caldwell, NJ.

He met and married the love of his life, Eileen E. Giblin, and together they raised their five children in West Caldwell.

A lifelong sportsman, he won a championship with the 1963 Connemara Gaels in the New York Gaelic Football League, was a lifelong fan of Notre Dame Football, Villanova Basketball, Caldwell Athletics but most importantly his grandchildren's teams. A Wild Colonial Boy until the end, his singing of Irish songs opened and closed many nights for his nine decades.

Please join the family as they celebrate Frank's life with visitation at the Codey & Jones Funeral Home, 54 Roseland Ave., Caldwell, NJ 07006 on Tuesday, December 17th from 4 – 8 pm. A Funeral Mass will be celebrated at St. Aloysius R.C. Church, 219 Bloomfield Ave., Caldwell on Wednesday, December 18th at 11:00 am. The internment will follow at Gate of Heaven Cemetery, East Hanover, NJ with Military Honors provided by the US Marine Corps. To share a condolence or memory, please visit www.codeyjonesfh.com.

In lieu of flowers, donations in Frank's memory to the West Essex First Aid Squad, PO Box 662, West Caldwell, NJ 07007-0662 would be appreciated

Share Your Memory of
Frank
Upload Your Memory View All Memories
Be the first to upload a memory!
Share A Memory
Send Flowers
Plant a Tree