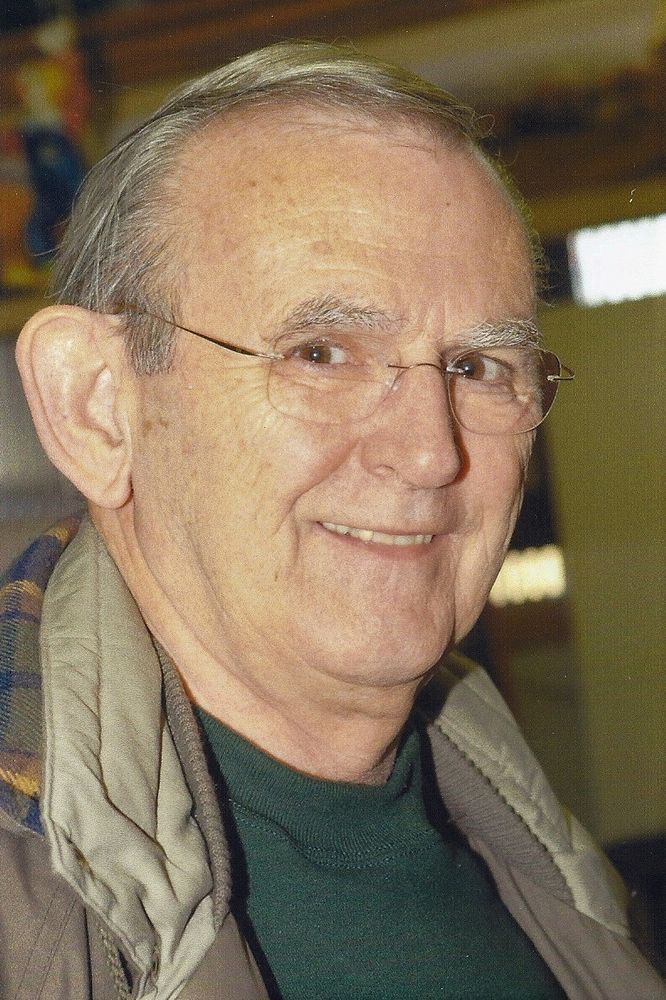 Born in Whitehall, NY in 1936 to the late Mathew and Kathryn (Young) Kent, Sam lived in Hydeville, VT before moving to New Jersey in 1942. A graduate of Grover Cleveland High School in 1955, he continued his education at the American School of Banking and The Stonier School of Banking at Rutgers. He served in the United States Navy Reserve and was honorably discharged as a Third-Class Petty Officer. Sam began his career at the National Newark & Essex Bank in Caldwell and continued as a Regional Vice President at Midlantic Bank, Metropolitan State Bank, Valley National Bank and Broadway Bank before retirement.

He met the love of his life, Carol Ann Peterson and they married in 1967. He enjoyed working on their house, traveling - especially to the Poconos and Vermont, and spending time with their large circle of friends and family. Sam and Carol loved going to garage sales, finding treasures to support Willing Hearts Consignment Shop. He was passionate about photography throughout his life.

Sam was a well-known Rotarian of the Caldwells, serving twice as club President, received the Paul Harris Award four times, the Service Above Self award twice, the Distinguished Service Citation, the Lifetime Achievement Award and was bestowed the status of Emeritus Member.

His dedication to service in the West Essex Community was remarkable. He was the West Essex Chamber of Commerce Professional of the Year 1976-77 and Executive of the Year 1992. Sam was named Outstanding Citizen by the Township of West Caldwell. He received a Certificate of Appreciation from the U.S. Customs Service for his assistance in a few of their investigations. Sam served as President of Family Service of West Essex 1974-75. The Giblin Association gave him the Civic Community Service Award in 2003. And the Kiwanis celebrated him in 2017 for Generosity to the Caldwell West Essex Community.

Sam was very proud to be an Honorary Member of the Caldwell Volunteer Fire Department and their photo historian at every fire scene and ceremony. He was an active member of the American Legion, James Caldwell Post 185. Sam was a member of West Essex Community Emergency Response Team (CERT).

When it is safe for us all to gather, we will schedule a Celebration of Sam and Carol's Life and cherish their legacy. Meanwhile please keep the family in your thoughts and prayers.

If you would like to make a donation in Sam's memory, please consider the following local charities:

When we can all safely gather a celebration of Sam and Carol will be announced, In the meantime please keep the family in your prayers and stay safe...

Share Your Memory of
Samuel
Upload Your Memory View All Memories
Be the first to upload a memory!
Share A Memory
Plant a Tree