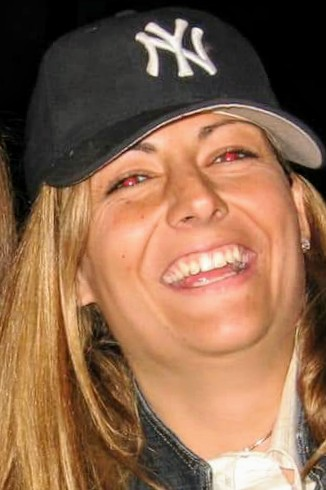 Born January 30th,1981 in Palm Beach Gardens, Florida to Diane Brooks Wakely and John Francis Wakely Sr.  Amanda gave birth to her son Jake Wakely on May 12th, 2004.  Graduate of James Caldwell High School class of 1999.  She participating in Triathlons from New York to Florida, while working her way up through the restaurant industry, waiting tables, to becoming a General. Manager.

On January 20, 2001  Amanda hit the ground at Parris Island South Carolina, boot camp, to become a United States Marine.  When the Towers where attack and fell on September 11th,  Amanda was called  into Manhattan to ground zero. Her inner soldier came back, as she strap on her boots and marched through the Lincoln Tunnel on foot, working tirelessly on search and rescue, which quickly became rescue through out the month of September.  Standing on the debris at ground zero on Friday September 14th, President George W Bush proudly shook her hand with gratitude. Amanda fell ill during this time to a rare disease, Mediterranean fever and received an Honorable medical discharge.

Amanda truly lived life to the fullest, traveling the world, experiencing different cultures and music, making meaningful friendships everywhere she went. Anyone who knows this incredible woman knows that she loved rocking out at concerts as much as enjoying the simple pleasures with friends and family, spending time with her son Jake and her nieces and nephews. She was a regular at James Taylor Concerts and music festivals like Burning Man, SXSW, and of course her perfect attendance along with her crew for the annual ShipRocked cruise’s .

She was an avid NY sports fan and New York Jets ticket holder. She had an uncanny ability to reach people in a profound and positive way, and will be deeply miss,

Due to the NJ State COVID -19 restrictions, her funeral was closed to just immediate family. Amanda was laid to rest Tuesday April 28, 2020 at Prospect Hill Cemetery in Caldwell New Jersey. A Celebration of Life will be announced at a later date by the family when we overcome this devastating virus. In honor of Amanda’s spirt and love for the military, please make donations to Fisher House Foundation, helping military families, attn: Covid-19/  Amanda Wakely.  Dr. Michael J. Masella DDS :(West Caldwell, NJ.) has generously started a GoFundMe, https://gf.me/u/xzjsbv  to help Amanda’s son Jake with his college tuition and professional endeavors. Please feel free to reach out to the Wakely family to reminisce, grieve, support each other.