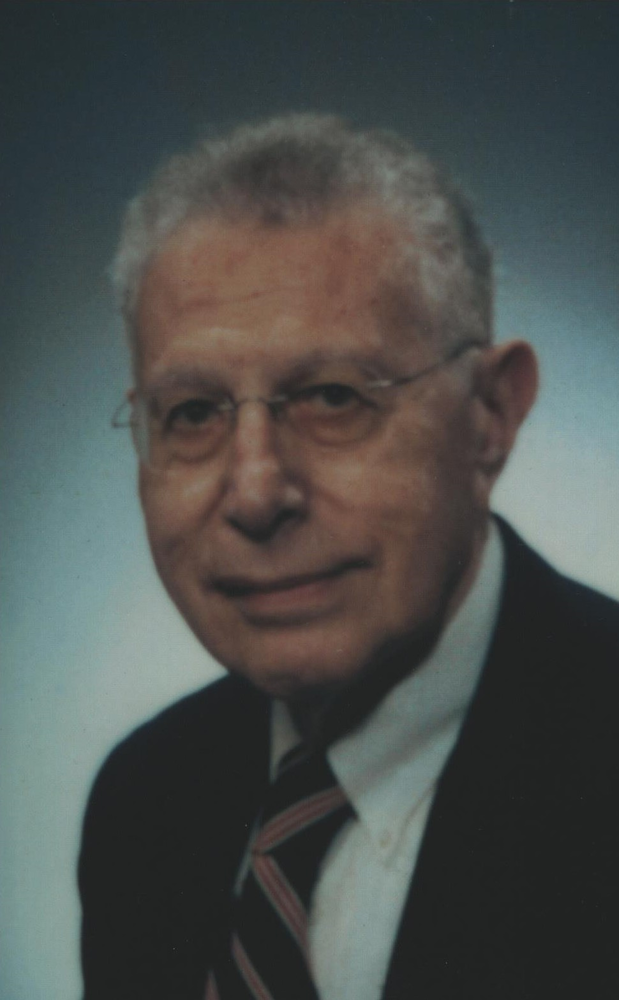 George Basil Stanton, Jr. -- a leader in the occupational safety and health community and in

political and philanthropic organizations -- has passed away on Wednesday, May 13, 2020 at the age of 93.

In 1979, he founded American Hazard Control Consultants, Inc. (AHCCI), which provided expert guidance and testimony in hundreds of occupational injury cases over the course of over 30 years. ​He published numerous articles on health and safety, including studies of hazardous chemicals and toxic substances.

He was the first Borough Chemical Engineer of both Lodi and Lyndhurst (New Jersey), working

Foundation for Educational Excellence, which has raised over $1 million in donations for Essex

Fells School -- located just a block from his home on Park Lane. He also served on the town’s

Board of Education and was active in the local Republican Party for many years, winning

election as County Committeeman and volunteering for numerous local and national

In 1977, Stanton became one of the first instructors in New York University’s Center for

other topics until 1984. He was also an instructor at New Jersey Institute of Technology (NJIT)

for nearly 20 years and spoke as a guest lecturer at many universities.

Born in Brooklyn, NY, in 1926, Stanton grew up a block away from Prospect Park and was an

Stanton began his career at Arvey Corp. in Jersey City in 1948, then moved on three years later

to Rubber & Asbestos Corp. (R&A) in Bloomfield. There he served as an Export Sales lead,

Technical Service Manager, and finally Manager of the Plymaster Department, where he

for a variety of home electronics. In 1959, he traveled to Japan on behalf of R&A, advising Sony

Glass Co. (PPG) and Jacob’s Engineering. In 1971, he transitioned to a career in industrial

as New Jersey’s Chief of Occupational Health-- a role he held for four years.

Stanton set up his own safety practice in 1974, after earning the title of Certified Safety

Professional, and started his career as a consulting engineer and expert witness. At around the

same time, he began serving as Lodi’s chemical engineer, with a street-level office near the

town’s Borough Hall. He later moved to a second-floor suite at 354 Bloomfield Avenue in

Caldwell, where he worked every day until his reluctant retirement in 2012.

As a boy and young man in Brooklyn, Stanton was an avid Boy Scout, rising to the rank of

Scoutmaster. He also served in the Army reserves for 10 years. He was an active member of

many industry organizations, including the American Institute of Chemical Engineers (AIChE) --

(AIHA), and the American Society of Mechanical Engineers (ASME), which awarded him its

Centennial Medal in 1980. He was selected as a Fellow of the Royal Society of Health in 1975

the United States in the early 1920s, passing through Ellis Island and weathering the hardships

of the Great Depression to achieve comfort and success.

Stanton was a longtime member of Caldwell United Methodist Church, where he served as

Council Chairman. He was actively involved in local churches throughout his adult life and

served at a Billy Graham crusade. He was gentle, generous, and highly ethical, with a deep,

Stanton was happily married for 34 years to Janet Stanton (nee Pohlman), who loved him with

great tenderness and cared for him tirelessly. Earlier, he was married to Jane Stanton (nee

Mansfield), a pianist and educator. He had three children/stepchildren (David Stanton, Linda

Share Your Memory of
George
Upload Your Memory View All Memories
Be the first to upload a memory!
Share A Memory
Plant a Tree