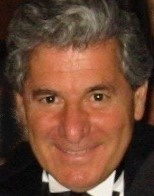 Nicholas E. Caprio, 80, passed away peacefully at home on Tuesday, June 30, 2020, after a long and courageous battle with Parkinson's Disease.

Known for his loving, unselfish nature, innate kindness, and outrageous sense of humor, "Nick" was loved, admired and respected by all who knew him.

After graduating from Newark Academy High School, Nick attended Georgetown University and Seton Hall University before earning his Juris Doctorate from New York Law School in 1966, and was admitted to the Bar of both New York and the District of Columbia in 1967. Thereafter, he served as an Assistant Prosecutor under [then] Essex County Prosecutor Brendan Byrne.

In 1970 he and his law partners formed the firm of Goldman, Goldman and Caprio, later to become Harkavy, Goldman, Goldman and Caprio. A formidable civil and criminal defense attorney, as well as civil litigator, his courtroom was often filled with spectators eager to hear his quick wit and devastating cross examinations during trial. In the 1970's, Nick was the first attorney in Essex County to obtain a seven figure jury award. One of his most gratifying outcomes was in 1987 when he and his partner Donald Goldman (later appointed to the Superior Court) successfully argued the Matter of Peter by Johanning before the NJ Supreme Court. The Court's decision upheld the right of the guardian of a patient in a persistent vegetative state to authorize termination of artificial life support., i.e. The Right to Die.

In later years, Nick retired from his firm to accept the position of Special Counsel to the CEO of Catholic Health & Human Services, which encompassed Catholic Charities and Cathedral Health Systems in Newark. He also provided counsel to the Archdiocese of Newark.

During Nick's early years, his parents, the late Ralph C. and late Louise (Marfuggi) Caprio always saw Law School in Nick's future. However, with his talent and charm, he had numerous opportunities to pursue an acting career. While in undergraduate school, he performed in summer stock theater and stand-up comedy at "Catch a Rising Star" in NYC. He was offered a role by Broadway director and lyricist Jule Styne, but ultimately decided to turn it down and continue his education. Even after becoming a successful attorney, he was the "Toastmaster" of choice of Essex County Bar Association's annual BonTon festivities for many years. There his humor and satire showed mercy neither to Judges nor Lawyers.

He is survived by his loving wife of 26 years, Renee Caprio, sons, Nicholas Jr. and Michael Caprio (from a previous marriage), sister Suzanne James, and loving nephews and nieces. He was predeceased by his brother Phillip Caprio.

Due to the Current Health Restrictions, Private Services for Immediate Family.  Memorial Mass and Celebration of Nick's Life to Be Announced at a Future Date.

Nick had unique kindness, selflessness and generosity. His singular humanity made him remarkable.

Donations may be made in his memory to the Michael J. Fox Foundation for Parkinson's Research:

Share Your Memory of
Nicholas
Upload Your Memory View All Memories
Be the first to upload a memory!
Share A Memory
Plant a Tree