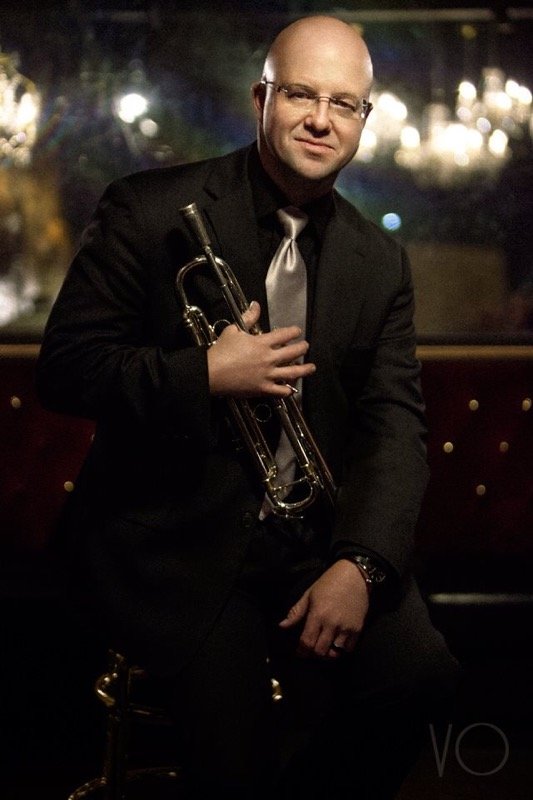 Russell is survived by his son, Evan Courter; his parents, Jay and Dorothy Courter; and siblings, Chris and Melissa Courter.

Russell will be remembered by his friends and family for his infectious laugh, quick smile and incredible musical talent.

Russell's composition, Atmospheres, for orchestra and trumpet, was debuted by New York's Spectrum Symphony in 2016. A talented trumpet player in his own right, Russell spent four years playing with the U.S. Army Band at Fort Benning, Georgia. Later, he performed on several film soundtracks and also composed the score for the short film, Six Dead Bodies Duct-Taped to a Merry-Go-Round.

He was happiest when he was surrounded by his friends creating beautiful music.

Private services will be held in care of Codey & Jones Funeral Home, please share a condolence or story with the family at www.codeyjonesfh.com.

In honor of Russell, memorial contributions can be made to the Anchorage Concert Chorus (http://www.anchorageconcertchorus.org/), an ensemble Russell conducted in 2015 while living in Alaska.

Services are Private at the Request of the Family

Share Your Memory of
Russell
Upload Your Memory View All Memories
Be the first to upload a memory!
Share A Memory
Plant a Tree