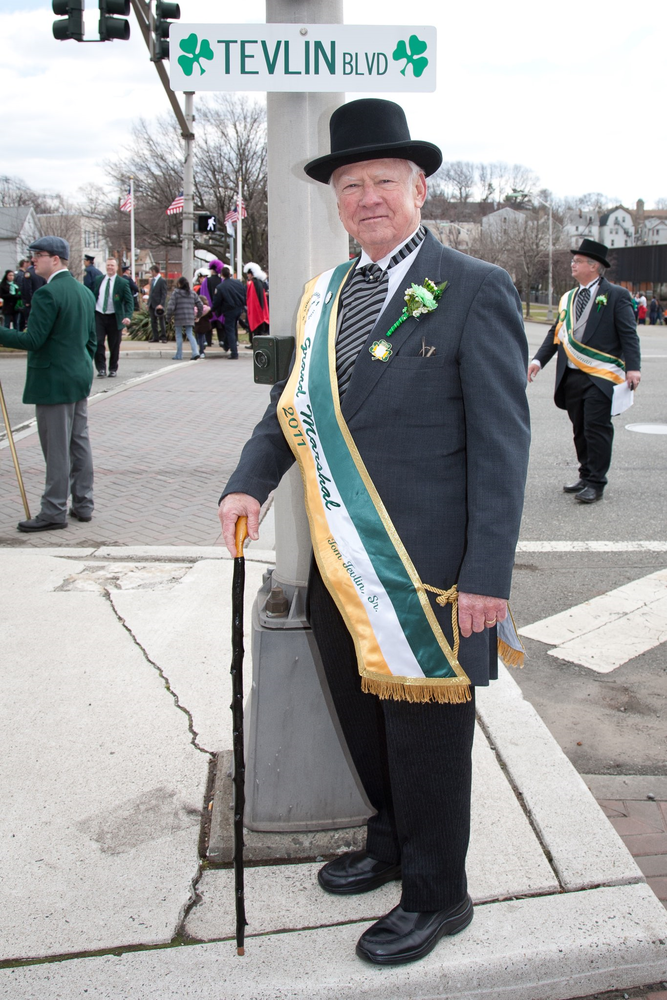 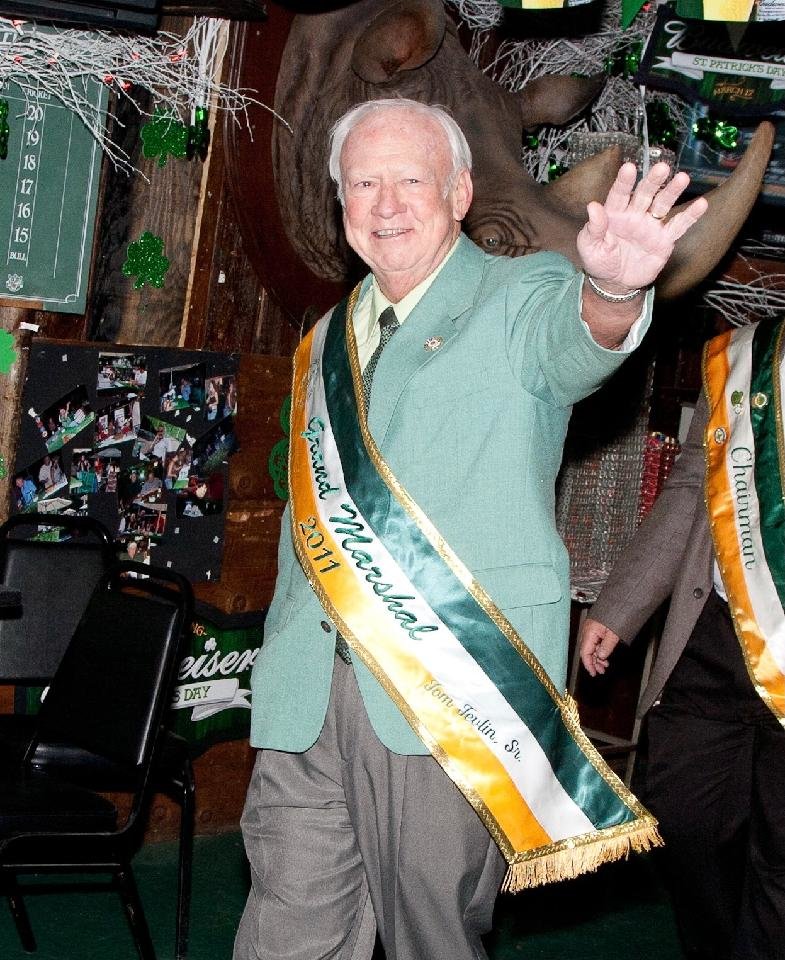 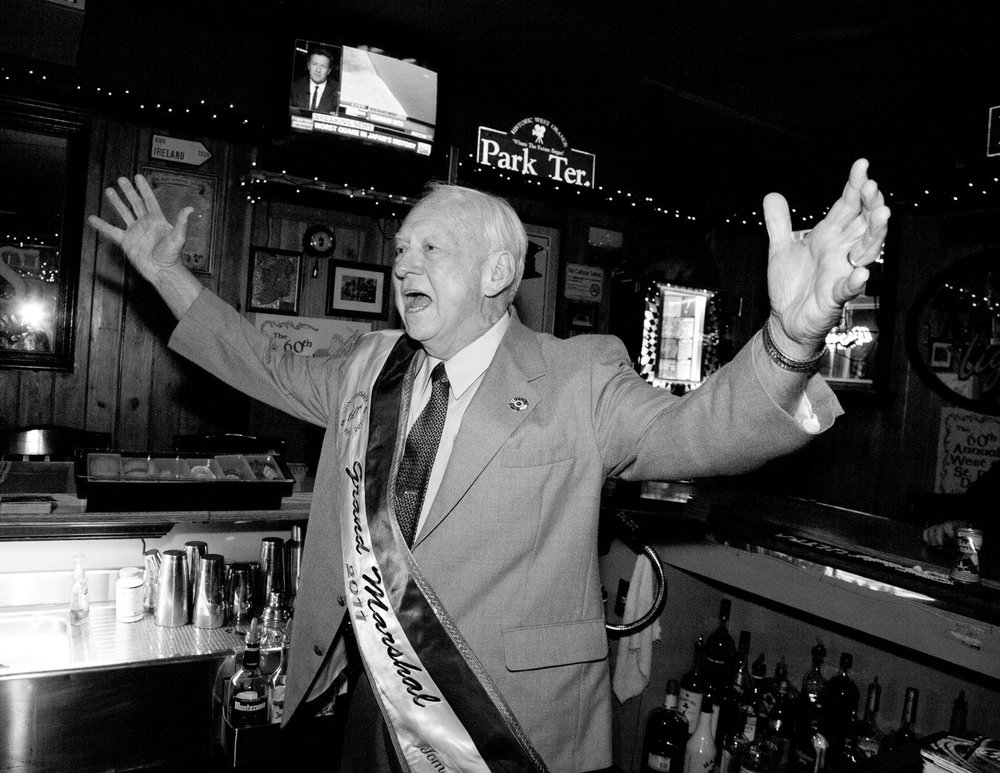 Tom was born October 2, 1936 in Orange, NJ and was raised in Newark, NJ with his younger sister, Maureen (deceased). He was the proud son of John (County Meath) and Nora (nee Cox) (County Roscommon). Tom spent his first year of high school at St. Benedict Prep which he, humorously, recalled being rousingly successful on the football field and less so in the classroom. Tom, thereafter, attended St. Charles Borromeo High School where he excelled. Tom cherished the friendships he made at St. Charles and organized yearly reunions for his classmates

Following his graduation, Tom enlisted in the United States Navy and proudly served his country as a navel corpsman. Upon returning to Newark, Tom had the great fortune to meet the love of his life, Carolyn Vaughan at a dance at McGovern's Tavern. They married in 1959 and spent 60 loving years together until Carolyn's death in April 2020.

Tom and Carolyn were proud to have provided their children and ever-expanding brood of grandchildren with a summer home in Lavallette, NJ. On Sundays, Pop-Pop showed off his short order cooking skills serving his famous "Big-Butt" breakfast to all comers. For Pop-Pop, it was always the more the merrier.

Tom took great pride in the accomplishments of his children and grandchildren which ran the gamut from academic to musical to athletic. Tom was a consistent presence at local sporting events especially those involving Seton Hall Prep. He was deeply moved when the field at the SHP's Kelly Athletic Center was named in honor of his grandson Brendan Tevlin and firmly believed that provided him rights to park next to the field.

Tom fully embraced his Irish heritage and was proud that his children and grandchildren continued those traditions in activities such as bagpiping and Irish dance. Tom was an active member in the following associations; Cryans, Giblin and The Irish American Society of the Oranges. Tom also served as an officer in both the Emerald Society of Essex County and the Friendly Sons of the Shillelagh of West Orange. Tom's devotion was recognized with the honor of being named the Grand Marshall of the West Orange St. Patrick's Day Parade in 2011.

Tom never did anything (except home repairs) halfway. He was always fully engaged in life and found joy in helping others in ways both great and small.

Tom was steadfast in protecting and promoting the rights of his fellow public servants and union members. He was the long-time President of FMBA Local 25 in Maplewood. Following his retirement, he was instrumental in the formation of FMBA Local 500 which protects the interests of 5,000 retired firefighters, EMTs and dispatchers, which he continued to serve as President Emeritus until his passing.

Tom believed he was given the gift of a new life upon becoming sober more than 30 years ago, "Tommy T" took great joy in helping his mutual friends of Bill W. find and maintain sobriety. He sponsored numerous individuals, chaired countless meetings, freely shared his own story and was well-known for providing yearly anniversary cakes and bagels for the Friday morning meetings. He always sought out newcomers to provide an encouraging word and was never too busy to take a phone call which he always ended with the simple but powerful advice to "have a great 24".

Tom was a born entertainer. His rousing rendition of Sweet Caroline, always dedicated to his own "Sweet Carolyn", was the anticipated high point of innumerable gatherings. He was an enthusiastic Karaoke performer well-known at Libretti's and The Crab's Claw

Tom loved to brighten someone's mood. If your name was in a song he knew, you could be sure he would sing it to you and if it wasn't, he was glad to improvise one on the spot. If you knew Tom there is no doubt that at some point you received from him flowers, a handwritten note of thanks or encouragement or one of his seemingly endless supply of Dunkin Donuts gift cards.

Tom provided an example that the surest way to enjoy life is to spread joy, He will be deeply and forever missed.

Please join the Tevlin Family at Our Lady of Sorrows R.C. Church, 217 Prospect St., South Orange, NJ on Saturday, January 30th at 10:30 for a Liturgy of Christian burial. Please respect all Covid requirements as the family would like everyone to remain safe and healthy. The interment will follow at Gate of Heaven Cemetery in East Hanover, NJ. Arrangements in care of the Codey & Jones Funeral Home of Caldwell, please visit www.codeyjonesfh.com to share sympathies with the family.

THE FUNERAL MASS WILL BE LIVESTREAMED ON THIS WEB-PAGE

Share Your Memory of
Thomas
Upload Your Memory View All Memories
Be the first to upload a memory!
Share A Memory
Send Flowers
Plant a Tree