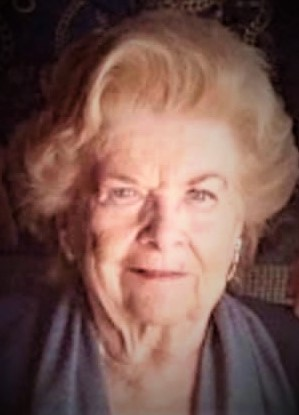 A beloved Mother and Grandmother who raised her family in Caldwell

The story of Dolores' life from birth to her passing can be summed up by one word, Love. She had unwavering love and devotion for and from her Family. She immersed herself in the love of her Family and extended Family while growing up in Newark NJ. At age 14 she met and eventually married the love of her life Matthew Carracino. Dolores and Matthew met at Barringer High School in Newark where she was Captain of the Cheerleading Team and he was Captain of the Football Team and a Barringer High School and City of Newark Hall of Fame Football player. She loved the City of Newark and worked as a hat model at Department Stores such as Bamburger's and Hahne's, and later worked at the Prudential Insurance Company and also at the former Howard Savings Bank. Later attending Caldwell College and also the American Institute of Banking.

After marrying in 1955, Dolores and Matthew raised their Family in Caldwell NJ for over 45 years one block away from Dolores' parents Dr. Thomas and Angela (Ciccone) McGlone. They lived a charmed life with beloved friends from their summers at Elm Tre Pool and Tennis Club to their interests in community service and politics in Caldwell and Essex County. After raising her children, Dolores returned to work where she was Manager and Assistant Vice President of Peoples Bank in North Caldwell. She loved and was beloved by her Clients. She was Vice President of the West Essex Chamber of Commerce. She was a Member of the Women's Club of Caldwell. She served on many Boards and Committees such as the Library Board and Environmental Commission. She was a member of the Republican County Committee for many years. Dolores was nearly a lifelong member of St Aloysius Church in Caldwell where she married in 1955 and also where her children and grandchildren attended grammar school and received their sacraments.

In 1993 her husband Matthew passed. Dolores continued her life of love and family in Caldwell. She loved her St Aloysius sponsored trips to Italy and Ireland. The love she gave and received from Family, Friends and Neighbors never ceased.

She moved to Greenhill Assisted Living in West Orange in 2019. On learning of Dolores' passing on Monday, the outpouring of love from the staff at Greenhill was simply overwhelming.

Dolores was an incredibly strong person representing the character of her Generation. She lived through the Great Depression, World War II where both her Father and her Husband served and finally the global pandemic. Through all those events her perspective, strength and attitude were a testament to her character. The family that she loved and passed before her took her to Heaven peacefully.

Dolores is already deeply missed by her entire Family but the love she had for them will remain eternal and will continue to live within them.

In addition to her husband, she was predeceased by her sister, Patricia Schuetz.

Please join the family for the Funeral Mass at their hometown parish of St. Aloysius R.C. Church, 219 Bloomfield Ave., Caldwell, NJ on Friday, February 12th at 10:30 am.

On her beloved husband's birthday, Wednesday May 26th 2021 at 10 am, there will be an inurnment at Prospect Hill Cemetery in Caldwell followed by a celebration of her life at the Glen Ridge Country Club in Glen Ridge NJ where all are welcome. Arrangements are in care of the Codey & Jones Funeral Home of Caldwell, to extend sympathies with the family, please visit www.codeyjonesfh.com.