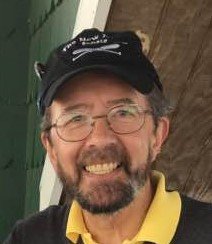 Kevin Douglas Kennedy, 72, died peacefully at home surrounded by family on May 21, 2021 after a two year battle with cancer. Kevin was born in Plainfield, NJ and attended Plainfield public schools before heading to off to college at the University of New Hampshire.

Following college Kevin returned to NJ and went to work in the banking industry. After working for Home Savings and Gibralter Savings for 12 years, his experience led him to work for Financial Services Inc, a banking service bureau in Glen Rock, NJ. He retired from his position of Chief Financial Officer at FSI in 2015.  Kevin lived in Free Acres, Berkeley Heights NJ for 14 years. While living there he served as Treasurer of the Free Acres Association. He also served in one of his coveted positions, Troop Leader for Girls Scout Troop 559, Berkeley Heights, NJ.  After leaving Berkeley Heights Kevin lived in West Orange for 3 years and Verona for 25 years before moving to Waretown, NJ in 2016.

Kevin was predeceased by his parents Howard S. and Doris Kennedy (nee DeLong). He is survived by his wife Patricia Crotty Kennedy, his daughters Shannon Kennedy Powell of Severna Park, MD and Tara Kennedy of Portsmouth, NH, his 4 grandsons, Jake and Cooper Powell and Sam and Liam Aiken, his sister Martha Cullimore of Redwood Shores CA and many nieces and nephews.

A memorial service will be scheduled for a later date.  Donations in his memory may be made to the Waretown First Aid Squad or Andy Kim for Congress, PO Box 211, Marlton, NJ 08053.

Share Your Memory of
Kevin
Upload Your Memory View All Memories
Be the first to upload a memory!
Share A Memory
Plant a Tree