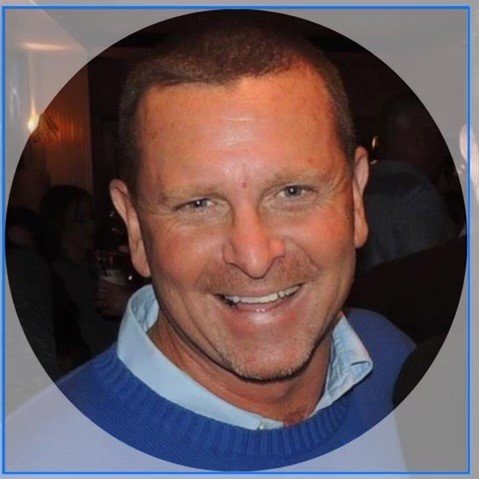 David Codey Durkin passed away on July 27, 2021 at his home in Florham Park, NJ.  David was born on December 5, 1970 at St Mary’s Hospital in Orange, NJ to Raymond and Joan Durkin.

Dave was more affectionately known as D-Man, DD, Double D, and Super Dave, among other monikers.

Dave grew up in Maplewood, NJ, and was the fourth of five children who were all one year apart.  Thus began a wonderful childhood in his Maplewood-South Orange Community and undeniable lifelong bonds with all that lived there.  Dave’s family home was widely recognized as the ‘D-House’.  A warm and joyous place where all were welcomed.

Dave graduated Columbia High School in 1989 where he starred in both basketball and lacrosse, earning All-American honors in lacrosse his senior year.  Dave played in the North/South All-American High School game at Johns Hopkins in Maryland where he scored 3 goals and assisted on 3 others propelling his team to a one goal victory.  Dave attended Montclair State University where he continued his lacrosse prowess and broke several points’ records.

Dave worked for the last 18 years on the piers as a Longshoreman for APM Terminals.  He was a proud member of ILA Local 1804-1.  His co-workers often described him as loyal, kind, and hilarious.

Dave had an incredibly infectious smile, a bellyaching laugh and a personality bigger than life.  A quick wit with that gleaming Irish charm, people always gravitated to Dave at gatherings.  Dave brought people together with his humor.  He lit up a room like no one else could and would quickly become the center of attention by holding court; telling jokes and sharing stories of hilarity.  Dave always made everything fun.  Dave was also very kind and will always be an indelible blessing to this world.  Dave had that gift of making other people feel great in his presence and that is one of the greatest gifts a person can possess.  Dave was that one in a million person that comes along once in a lifetime but leaves a mark for eternity.  Dave was an absolute legend, “honest to God, no crossies”.

But above all, nothing in the world mattered more to Dave than his love for his four beautiful children; Jack, Ryan, Elizabeth & Claire.  Dave would always burst with pride when talking about his children’s milestones and accomplishments.  This is where he will be missed most.

Dave is survived by his wife Allyson Rhatican Durkin and his mother Joan Codey Durkin; his devoted siblings Raymond Jr., Christopher (Danielle), Timothy (Joanne), and Maureen Holleran (Matthew). Dave also leaves behind his adoring nieces and nephews as well as numerous loving cousins.  Along with his faithful Durkin & Codey aunts and uncles, especially his godparents, Raymond Codey and Anita Codey Grady.  Dave rejoins his beloved father Raymond Sr. and will again be able to engage in great conversation about sports, history, and politics.

Relatives and friends are invited to attend a visitation for David at the Codey & Jones Funeral Home, 54 Roseland Ave, Caldwell on Friday, July 30th from 4-8 PM. A Funeral Mass will be celebrated at Our Lady of Sorrows Church, 217 Prospect St. South Orange on Saturday at 10 AM. Cremation will be held privately.

Share Your Memory of
David
Upload Your Memory View All Memories
Be the first to upload a memory!
Share A Memory
Send Flowers
Plant a Tree