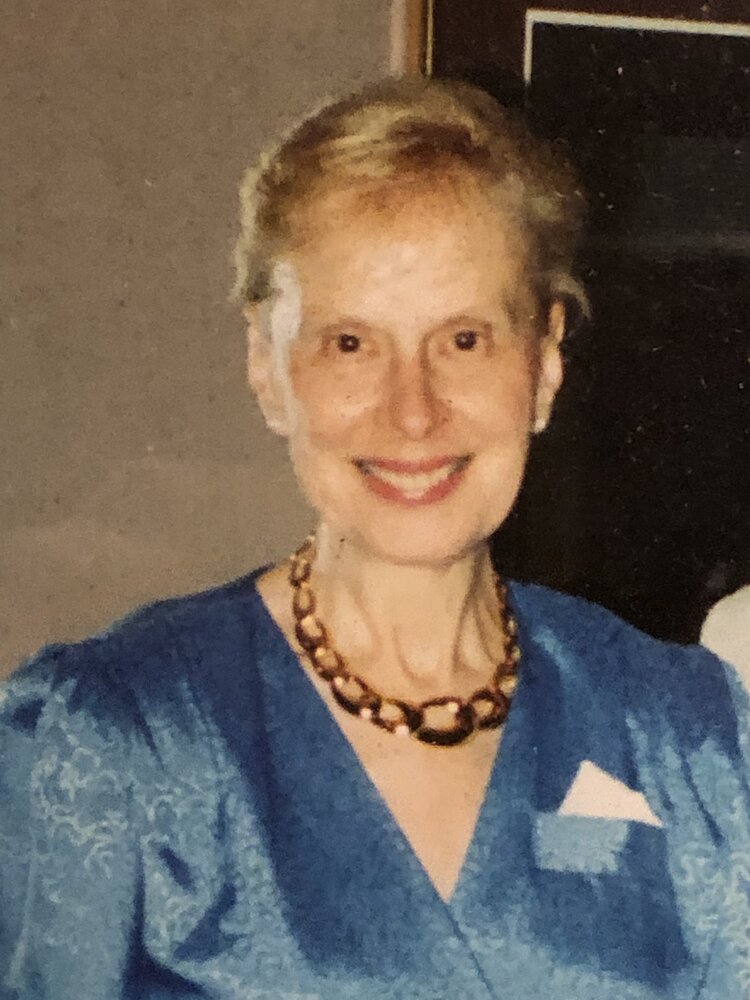 Please share a memory of Wanda to include in a keepsake book for family and friends.
View Tribute Book

Wanda Anderton (nee Porzycki) of West Orange, NJ passed away in her sleep on October 2, 2022.

Visitation will be Thursday, October 6, 2022 from 3:00 to 8:00pm at Codey Funeral Home, 54 Roseland Ave, Caldwell. A Funeral Mass will be celebrated on Friday, October 7th at 10:00am in St. Joseph's Church, 44 Benvenue Avenue, West Orange. Interment will be private.

Wanda was born in November 1931 in Elizabeth to Frank and Stella Porzycki.  Both her parents were born in Poland and immigrated to the United States following their marriage. She lived in Brooklyn and Bloomfield, NJ with her parents until she married her husband, Daniel Anderton and moved to West Orange in 1984.

Wanda graduated from Our Lady of the Valley High School, Caldwell College and earned a master’s degree in British Literature from Seton Hall University.  Her Master's Thesis analyzing the impact of Charles Dickens' writing on social reforms for children in Victorian England was a favorite topic of hers and shaped her passion for educating young children. Wanda taught in the Clifton Public Schools for nearly 40 years followed by another 10 years teaching literature at Montclair State University and Latin at St. Joseph's School in West Orange. Countless students benefited from her steady classroom presence and her masterful execution of the craft of teaching.

Wanda enjoyed a lifelong love of opera and classical music. She was an active member of the Bloomfield Opera Club, the New Jersey State Opera, and the Metropolitan Opera.  She served as a backstage and "prop" volunteer for innumerable performances across New York and New Jersey, including Lincoln Center, the New Jersey Performing Arts Center, and Newark Symphony Hall.  Additionally, she served as the Chairwoman for the New Jersey State Opera's International Vocal Competition for many years, orchestrating the multi-day event which brought together young talent from across the globe and well-known, established judges from across the Opera community. Her efforts launched the careers of several performers who won this annual competition. Wanda enjoyed recruiting friends and family to join the performances as "extras" in the elaborate casts of each performance. Similarly, as a teacher she produced annual school plays and musicals with her students for decades.  She enabled many great performances!

Wanda was married for over 30 years to her love, Daniel Anderton. They met, coincidentally, on the same vacation cruise in consecutive years then ultimately decided that they were meant to be a couple. Together they enjoyed travelling, cruising, and watching tennis matches, opera, and classical music concerts.  They excelled at being an active and involved retired couple. In her retirement Wanda served on the Board of the West Orange Public Library, the West Orange Democratic County Committee, was an active parishioner at St. Joseph's Church, a lector, and a member of the Rosary Alter Society. She was intensely proud of her Polish heritage and as a member of the Kosciusko Foundation she annually helped plan and attended numerous functions and galas in furtherance of that organization's cultural and charitable mission. Wanda was a steadfast and loyal daughter, wife, stepmother, grandmother, sister-in-law, aunt, and friend.  Her grace and elegance will be missed by all who knew her.

Wanda was predeceased by her husband, Daniel and many feline friends. She is survived by her stepchildren, Diana Milian and Sal Michael Anderton; her grandchildren Sean, Samantha, Christian and Justin; numerous nieces and nephews and her cat, Sophie.

Share Your Memory of
Wanda
Upload Your Memory View All Memories
Be the first to upload a memory!
Share A Memory
Send Flowers
Plant a Tree