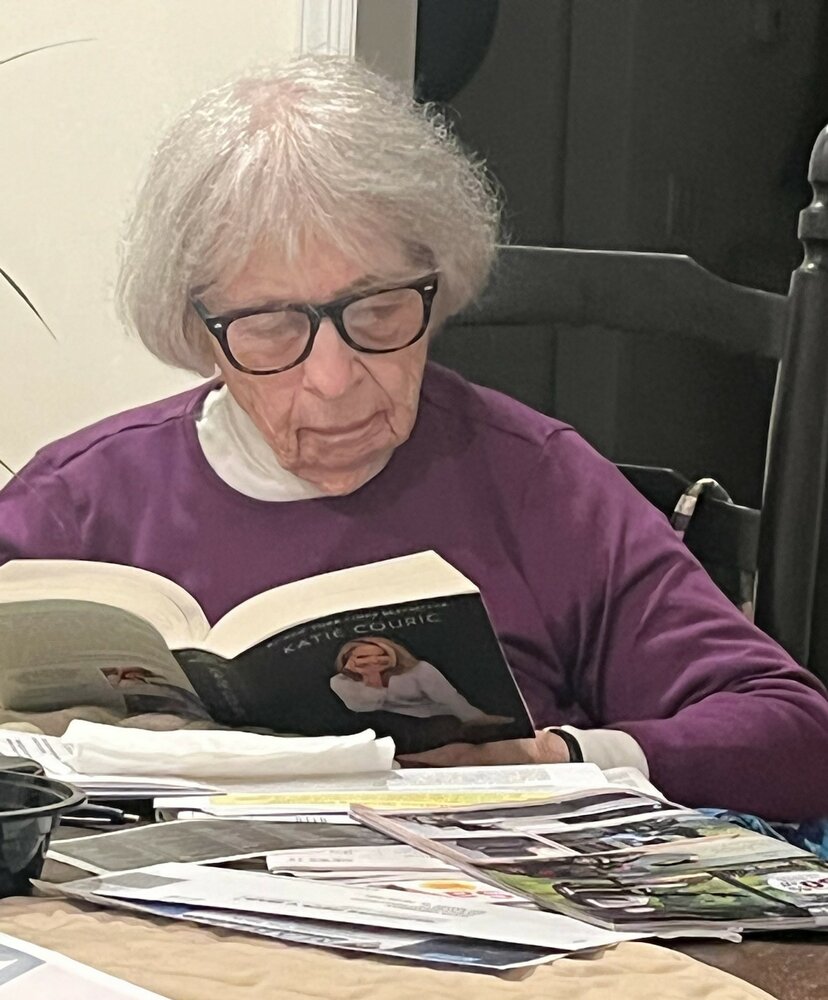 Please share a memory of Arlene to include in a keepsake book for family and friends.
View Tribute Book

Arlene was a loving mother and grandmother, devoted to education and to helping others. Her service roles included traveling to Poland to teach English, volunteering as a counselor at Paul Newman camps for children with severe illnesses, and funding education for nurse’s aides. She was a staunch advocate for providing opportunities to people who had not received them, including years of support for the Bard Prison Initiative. Arlene was dedicated to giving back to her community and relished serving as a grand juror and an election volunteer. She was hoping to sit on at least one more jury in her lifetime.

A proud Smith College graduate, Arlene was a faithful supporter of the college and women’s education and achievement. One of only nine women in her class with a math degree, she was proud to have worked as a mathematician designing gas turbines for rocket engines in an era when the field was virtually 100% male. For more than a decade, she helped run the Montclair Smith Club’s auction to raise scholarship funds, and was thrilled when daughter Susan and granddaughter Katie also chose to attend Smith.

While not a natural role for her, Arlene networked tirelessly as a corporate executive wife, and was a master at remembering details of the lives of all she met. Simultaneously, she restored the 18th century home where her children grew up. When that phase of her life ended, she also thrived independently, and bounced back from injuries repeatedly.

Arlene read copiously, and loved time with her beloved children and grandchildren. She also had a lifelong love of convertibles, the beach, dancing, and of music from Beethoven to Billy Joel. She traveled to Mozart’s birthplace and attended concerts up until the week before her death. She loved to take her grandchildren to Broadway shows and played the CDs in her kitchen. Arlene proudly supported her children and grandchildren’s educational endeavors and stayed actively engaged in their activities, from sports to travel. She enthusiastically followed surfing, soccer, long-jumping, equestrian sports and the football teams of her grandchildren’s schools. Her bridge group remained friends, separated only when COVID and death intervened.

In lieu of flowers, Arlene would have appreciated donations to Smith College, the Bard Prison Initiative or World Central Kitchen.

A celebration of life will be scheduled at a later date.

Share Your Memory of
Arlene
Upload Your Memory View All Memories
Be the first to upload a memory!
Share A Memory
Plant a Tree