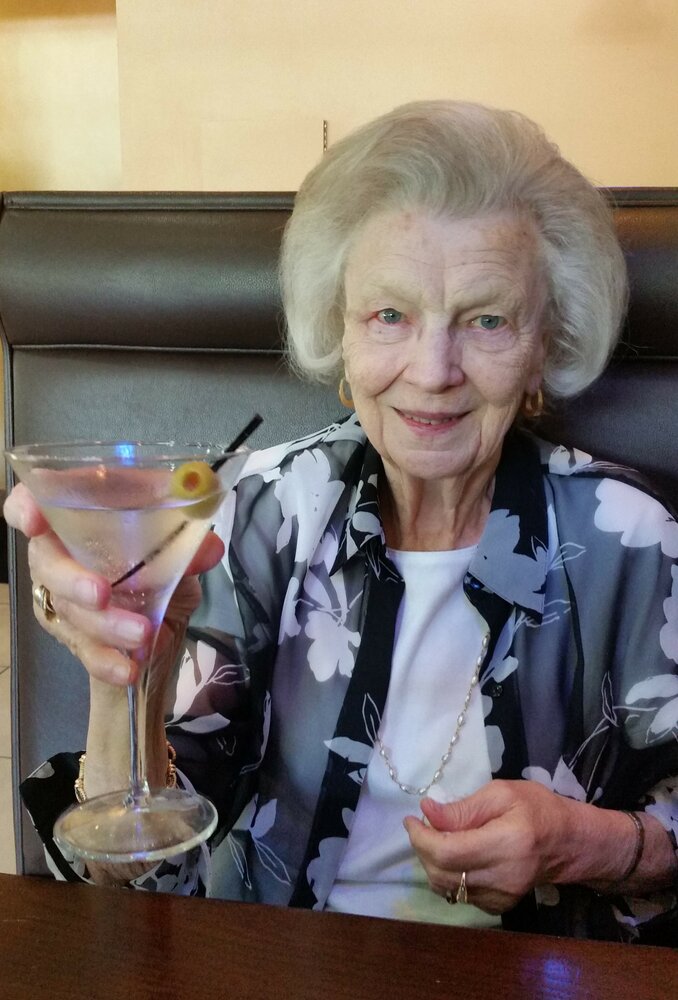 Please share a memory of Jordis to include in a keepsake book for family and friends.
View Tribute Book

Jordis J. Butt, of Pompton Plains, NJ, formerly of Cedar Grove, passed away on Thursday, November 3, 2022. She was 94 years young.

Visitation with the family will be Monday, November 7th at Codey Funeral Home, 54 Roseland Ave, Caldwell from 11:00am to 1:00pm, with a service at 1:00pm. Burial will follow at Prospect Hill Cemetery, Caldwell.

Jordis was born in Chicago, IL to Sakarias and Margit (Tonnensen) Johnsen. Afterward they moved back to Norway, as it was the Great Depression and times were hard. When the family returned to the U.S., Jordis’ father purchased the Conoco gas station in Orange and lived where Star Tavern is today.

Jordis attended Trinity College in the Midwest and worked at Killian Extruders in Verona before starting her family with Kenneth “Moose” Butt. They lived in Cedar Grove for 40 years. Jordis was an Essex County RNC Committeewoman, a long time Cedar Grove Ambulance volunteer and loved to play bridge. She moved to Pompton Plains in her later years. Jordis found love again after Ken’s passing and had a few happy years with her Horace. She was passionate about cats as well as martinis. Jordis loved to go to the Blu Alehouse with her family for dinner and a cocktail.

She was predeceased by her husband, Kenneth; and her two sisters, Sonja Connelly and Gerd Bergstrom. Jordis is survived by her daughter, Carol Hendricks and her husband, John; her son, Kenneth Butt, Jr. and his wife, Mary; her brother, John Johnsen; her grandchildren, Erin Dobkin, Kenny Butt III, and Frank Butt and his wife, Debbie; her great-grandchildren, Madeline and Abraham; her brother-in-law, Harry Bergstrom; many nieces and nephews; John and JoAnn Shaw, who were family by choice; and her beloved companion, Louie the cat.

In lieu of flowers, the family would appreciate donations to Tunnel to Towers Foundation.

Share Your Memory of
Jordis
Upload Your Memory View All Memories
Be the first to upload a memory!
Share A Memory
Send Flowers
Plant a Tree