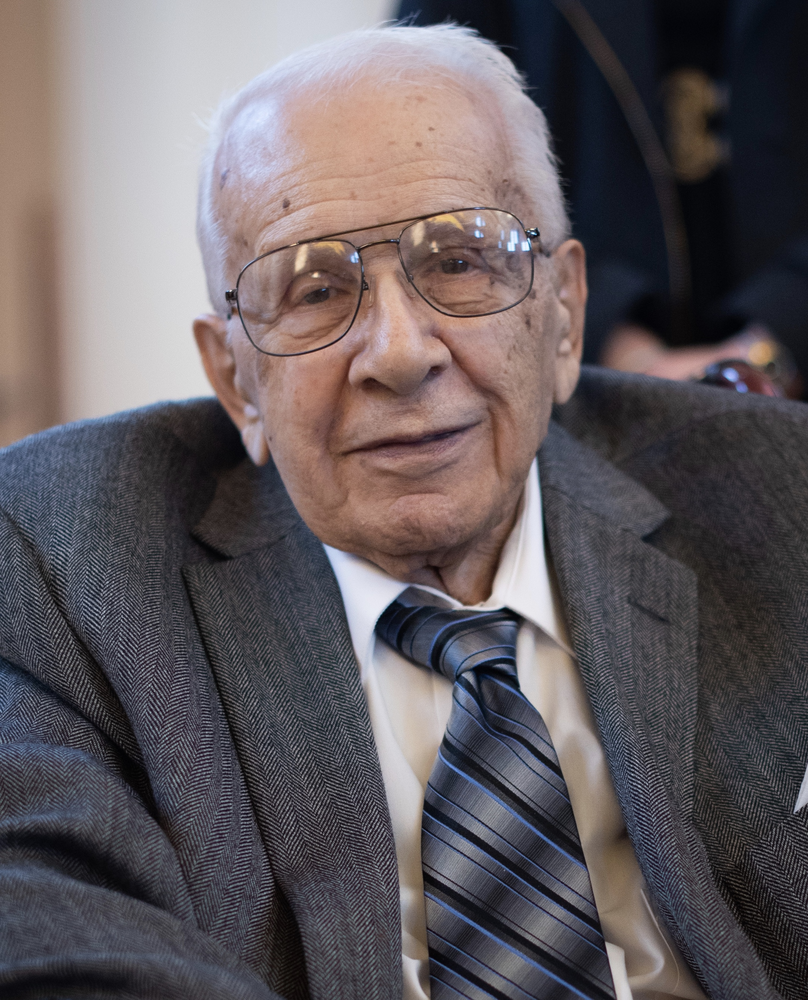 It is with heavy hearts that we share the news that our wonderful and most beloved husband, father, grandfather, great grandfather, Godfather, brother, uncle, and dear friend to many, Peter Jemas, peacefully went home to God on Thursday, April 23, 2020, at the of age 93.

Peter was born in Newark, New Jersey on August 21, 1926, and was one of ten children born to Stella (Leoutsakos)and Theodore Jemas. He was pre-deceased by his siblings James, Petro, George, Steve, Nicholas, Elaine, and brothers-in-law Nicholas Micheludis and Frank Pulice.

After serving overseas in the Army during the Korean War, "Pete," "Paul," "Pete-the-Greek," (nicknames for which he was affectionately known), began his journey into the workforce as a small business owner which included a bowling alley, PJ's Luncheonette, The Shangri-La Nightclub, and Spartan Liquors. In 1955, he started work at Westinghouse, in Bloomfield, NJ. Pete, having a strong work ethic, found his ultimate job in a company that was steeped in American history. In 1970, he accepted a position at Ford Motor Company and proudly served for twenty years as Chairman/President of the United Auto Workers (UAW) Local 2210.

Peter, met the "precious" love of his life, Sophie Micheludis, while attending Greek School. Their love story began when they eloped on July 11, 1949, followed by a church wedding at St. Nicholas Greek Orthodox Church. They settled in Newark, later moving to Irvington and then Whippany, NJ where they raised their family of six children, all of whom were his pride and joy.

Peter was an active member of St. Demetrios and Ss. Nicholas Constantine & Helen Greek Orthodox Churches. He was a member of AHEPA Eureka Chapter 52. He enjoyed playing cards on Saturdays at the Broken Hearts Club; made up of his service buddies from the Ironbound section of Newark, as well as his excursions to Atlantic City with his brother, Nick.

Due to social distancing guidelines, a private family funeral will be held on Friday, May 1, 2020, at 10:00am at Ss. Nicholas, Constantine & Helen Greek Orthodox Church 80 Laurel Avenue Roseland, NJ. Interment will be private. (Arrangements by Codey & Jones Funeral Home, Caldwell, NJ)

A celebration of Peter's life will be determined at a later date. In lieu of flowers the family requests that donations may be made to: Ss. Nicholas, Constantine & Helen Greek Orthodox Church 80 Laurel Avenue Roseland, NJ. 07068 Attention: Operations Fund

"The only true test of values, either of men or of things, is that of their ability to make the world a better place in which to live." Henry Ford, Founder of Ford Motor Co.

A Celebration of Peter's Life will be determined at a later date.

Share Your Memory of
Peter
Upload Your Memory View All Memories
Be the first to upload a memory!
Share A Memory
Plant a Tree