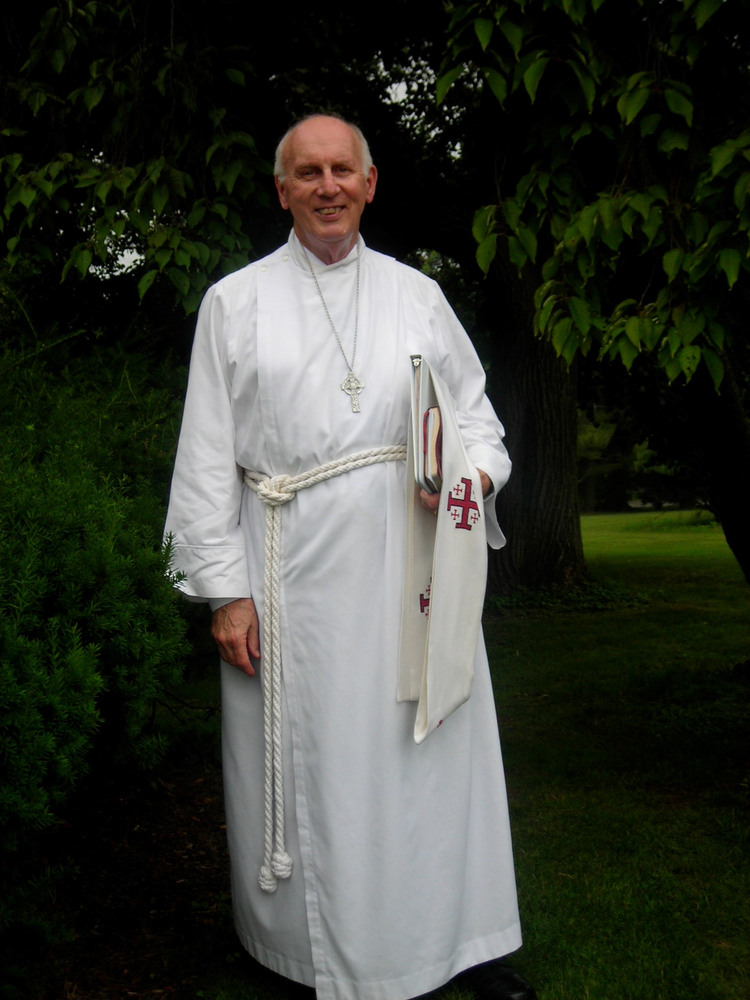 Current Services are Private for the Family

When we can gather, A Memorial Service will be Announced

Family and friends remember Bob for his love, humility, and Grace. He was happiest traveling with family and ministering to his congregations. His rich baritone voice and presence in the pulpit complemented a tender heart and skills as a listener. He had a calming demeanor in ministry and his personal life. A gifted preacher, he spent hours preparing sermons surrounded by his Bibles, translations, and notes.

Affectionately known as "Baba" or "Pastor Bob," he treated all people with dignity and respect, regardless of social standing, religion, or skin color. He was a life-long student and scholar. He loved to study different cultures, faiths, and histories, especially those of the Middle East.

Born in Amory, Mississippi, Bob grew up in Fort Smith, Arkansas, and Kansas City, Missouri. As a junior at East High School in Kansas City, he attended a youth conference in Montreat, North Carolina, where he dedicated his life to Christ. While attending Missouri Valley College, he spent his junior year abroad at the American University of Beirut, where he developed his lifelong love of the Middle East. Before returning to his senior year in the U.S., he spent a summer of relief work with Christian volunteers in Berlin, West Germany.

After graduating from college in 1955, Bob received his Master of Divinity degree from Louisville Theological Seminary and was ordained into the Presbyterian Church (USA) in 1958. He and his new bride, Mary Lou, were called as missionaries to work with the Evangelical Presbyterian Church in Iran, serving in Rasht and Tabriz. Preaching in Farsi and English, he worked with Iranian churches and was pastor to the small English-speaking communities. While on sabbatical in 1964, he received a Master of Sacred Theology from Hartford Theological Seminary in Connecticut.

In 1969, Bob accepted a call to serve as senior pastor to the Community Church of Tehran, an English-speaking, inter-denominational church. He also served for several years as civilian chaplain to the U.S. military mission in Iran (ARMISH MAAG) and on the board of the Community School of Tehran.

Bob returned to the U.S. in September 1979, serving for two years as interim senior pastor of the First Presbyterian Church in Westfield, New Jersey. In 1981, he accepted a call to lead the First Presbyterian Church of Santa Barbara, California, where he stayed until retirement in 2000. He is remembered for his role in the establishment of Transition House, a homeless shelter still in operation today.

Bob and Mary Lou traveled extensively throughout their lives. His children recall vacations exploring the ruins of ancient civilizations in modern-day Iran, Iraq, Turkey, Jordan, Syria, Lebanon, and Israel. Bob led dozens of pilgrimages to the Holy Land from Iran and both U.S. coasts, believing that they could be transformational experiences. He made sure these faith journeys included meetings with peacemakers from different religions and perspectives. He and Mary Lou made several trips to Galilee to study and teach at the Mar Elias Schools, whose motto is "Building Peace on Desktops."

Bob continued to preach well into retirement, always eager to cover the pulpit of vacationing pastors, whether in his new home church in Caldwell, or the congregations around the Newark Presbytery. He came out of retirement to be the interim senior pastor at the Presbyterian Church of Upper Montclair in New Jersey.

His favorite expression was "this is first class," and he greeted Mary Lou each morning with "how is the most beautiful woman in the world today"? In his final years at Cranes Mill, he was often asked to pray at worship and enjoyed making new friends with residents and staff.

Bob drew strength from the Psalms, and he often said to family, "everything I need is in the Psalms." Particularly meaningful to him was Psalm 15, which includes the instruction to walk uprightly, work righteousness, and speak truth from the heart.

He is remembered for his treasured Benediction, derived from Scripture and spoken at the end of his services.

"Go out into the world in Peace. Have Courage. Hold on to that which is the Truth. Never return another person evil for evil, strengthen the fainthearted, support the weak, help those who are suffering, honor every woman, man and child and rejoice in the power of God in your life."

Funeral services will be private. Details of a public celebration of Bob's life will be announced at a later date. In lieu of flowers, the family asks that donations be made to the Reverend J. Robert and Mary Louise Pryor Mission Fund at the First Presbyterian Church at Caldwell (http://www.firstprescaldwell.org/) or the I Love You More Foundation, established in honor of the life and legacy of Dr. Jan Huston Pryor, his daughter-in-love. (https://www.luvmore.org/)

Share Your Memory of
Reverend Jesseman
Upload Your Memory View All Memories
Be the first to upload a memory!
Share A Memory